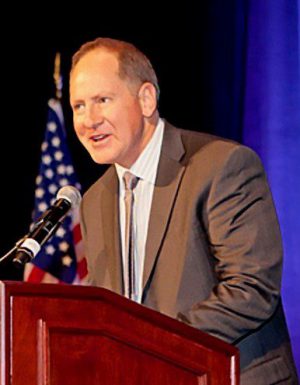 Michael Williams is founder & president of ALTIUS Financial, Inc., a Registered Investment Advisor/wealth management firm in Denver, Colorado. He brings over 30 years’ experience in financial planning and investment results. He speaks frequently to radio audiences, community & campus groups, and corporations on investment and economic themes as well as the historical and moral foundations of capitalism.

Michael created the Defenders of Capitalism Project™ to train future leaders, citizens and business professionals in becoming articulate advocates of economic freedom and enlightenment ideals. H is a board member and instructor for the Leadership Program of the Rockies and serves on National Advisory Board for the Steamboat Institute.

Mike has spoken internationally with the Free Market Road Show, presented by the Austrian Economics Center and has been nominated to join the prestigious Mont Pelerin Society. He is also a member of American Institute for Economic Research, Institute for Justice, Foundation for Economic Education, and Independence Institute.

Mike graduated with double major in Finance and Philosophy in 1984 from University of Northern Colorado and taught Intro Philosophy and Ethics courses for UNC’s philosophy department. He earned his CFP designation in 1989 and has earned numerous client service and investment advisory awards throughout his career.