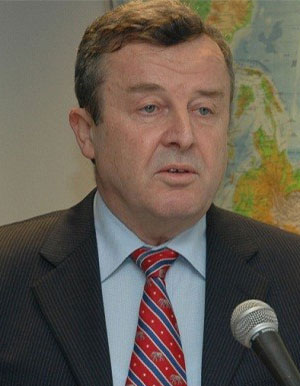 is Rector and Founder of University of Donja Gorica – UDG. He is also the Founder and the President of Institute for Strategic Studies and Prognoses – ISSP, Podgorica, first independent economic institute in Montenegro and senior research fellow at the Institute of Social Science in Belgrade, Serbia.

Professor Vukotic is creator of the idea and founder of internationally known and recognized Postgraduate Studies „Entrepreneurial Economics“, which operated at School of Economics of the University of Montenegro 1992-2007 and continued working within UDG. He is also the President of the Board of directors of vine company “Plantaze” – one of the best companies in Montenegro and the president of Society of Economists and Managers of Montenegro.

As one of the creators of first law on privatization in SFRY (Socialistic Federative Republic of Yugoslavia) he was Minister for privatization in the last Government of SFRY, which started economic reforms in the country in 1989. He is the author of the concept of economic reforms in Montenegro and actively took part in reforming processes in Montenegro;