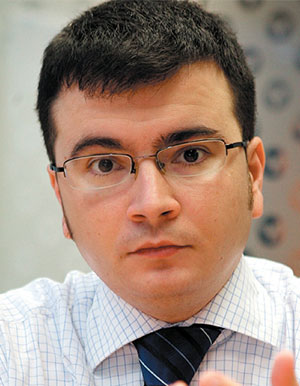 Vladimir Vano is alumnus of Wirtschaftsuniversität Wien and Carlson School of Management. His professional experience started in the nineties with Deloitte&Touche. In 1999, he entered the financial sector as research assistant to the Chief Economist of ING. In 2011 and 2012 he served as external advisor for monetary affairs to the Deputy Prime Minister and Minister of Finance. Since July 2016, he holds a position of the Chief Economist of Sberbank Europe AG in Vienna. He has been working for the Sberbank group since 2011.