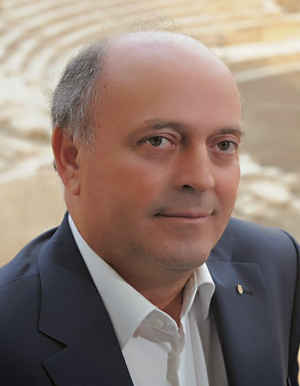 Konstantinos Tzanakoulis is a retired professor of Agricultural Economics (Msc. Reading University, PhD Aristotle  University of Thessaloniki). He has served as the Mayor of Larisa city for four consecutive terms (1999-2014). He has also been elected vice-President of the Central Committee of Mayors (2007-2010) and serves as an executive member of UCLG (United Cities – Local Government). Before his engagement with academics and politics he has worked as an agriculturist and financial advisor and has held CEO positions in several private companies in Greece.