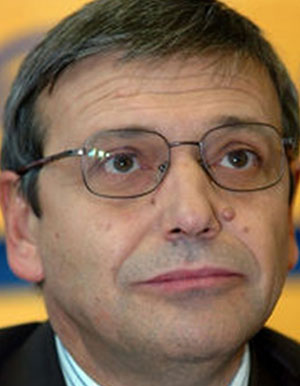 is a philosopher and economist. He is head of the EDMC Workforce Team, CEO of KC 2 Ltd. (www.kc-2.org) and assistant professor at Sofia University. He is also Board Chairman, Founder and former Executive Director of IME (www.ime.bg) the first Bulgaria’s independent and free market think thank (1993), former member and committee chairman of the Constitutional Assembly (1990 – 1991), one of the most quoted Bulgarian observers, best country analyst award for 1996 by Euromoney, as well as laureate of Bulgaria Government Prize – 2002, Templeton – 2006 – as IME Director, and Georgi Vassilev’s Fund for Contribution on the Spirit of Liberty – 2006. He was a principle drafter of a number of reforms from central planning to market economy and is one of the leaders of those reforms. His expertise is in economic and regulatory policies conducive to private sector growth in New Europe and Former Soviet Union, and in relation between post – Communist economies and countries, and their position vis-a-vis EU and US. Krassen Stanchev leads, led or was involved in initiatives related to market oriented and democratic reforms in other countries, Balkans and Former Soviet Union. Since end-1990s he worked in Bosnia and Herzegovina, Montenegro, Central Asia (Kazakhstan, Kyrgizstan and Tajikistan), Caucasus (Armenia and Georgia), and Russia.