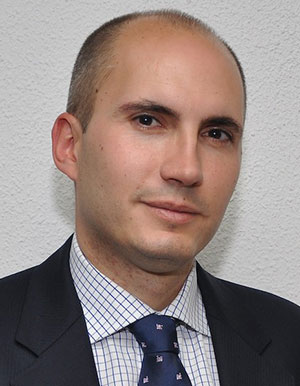 Bachelor of Law and Business Administration and Management from the Carlos III University of Madrid. After three years working at IBM, he decided to change the course in his professional career and enrolled in the Master of Journalism at El Mundo, which he completed as number 1 of the 2006-07 class. In this newspaper, he worked as an editor in the National section for six months in 2007 and later in the Economy section between 2008 and 2009. Since 2010 he is an editor in the Economy section in Libertad Digital  He also participates as a collaborator in several programs in esRadio. His main areas of specialization are labor market, pensions, public policies, public spending, macroeconomics.