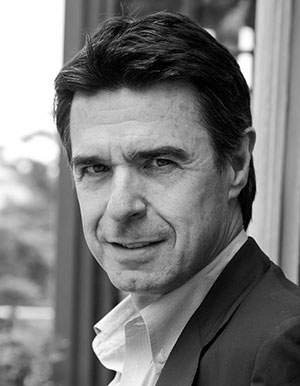 José Manuel Soria was born in Las Palmas, on January 5, 1958. Spanish politician of the Popular Party (PP) of Canary Islands, of which he was Regional President from 1999 to 2016. He was part of the cabinet of Mariano Rajoy from 2011 to 2016 as a Minister of Industry, Energy and Tourism of the Government of Spain. Previously he was Mayor of the City Council of Las Palmas de Gran Canaria from 1995 until 2003 and President of the Cabildo Insular of Gran Canaria between 2003 and 2007. He was also Deputy in the Parliament of the Canary Islands between 2003 and 2011 and Vice-president and Minister of Economy of the Government of the Canary Islands between 2007 and 2010.