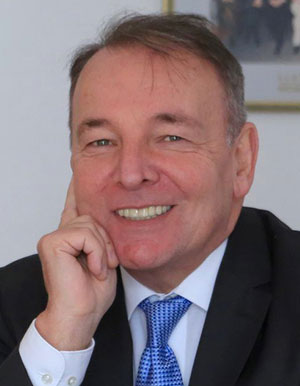 Currently, Mr. Šircelj is a member of the National Assembly of Slovenia to which he had been nominated in August 2014. He is a Chair of the Commission for Public Finance Control, Member of the Committee on Finance and Monetary Policy, Member of the Committee on Foreign Policy. He was also a member of of the National Assembly of Slovenia in the mandate between 2011 – 2014. From December 2011 till March 2013 he was the Chairman of the Commission of Finance and Monetary Affairs and a member of the Fiscal Commission and Commission of Foreign Affairs. From March till September 2013 Mr. Šircelj was also Chairman of the Board of Directors and a non-executive director of the Bank Asset Management Company (“Bad Bank” or “BAMC”), which was founded in March 2013 to rehabilitate Slovenian banking sector.

Before that, Mr.Šircelj worked for Gorenjska banka in Kranj as Adviser to the President of the Management board, where the principal areas of advice were all aspects of directorship, including corporate issues involved with the merging with the A-banka (the third largest bank in Slovenia), international relationships, and settlement and collection of bad debts.

Mr. Šircelj was also State Secretary at the Cabinet of the Prime Minister nominated at the Ministry of Finance. As a State Secretary he acted for the Minister of Finance in his absence. Mr. Šircelj presented and advocated several laws and other documents to the Government and to the Parliament bodies, which were related to the financial system, fiscal system, treasury, tax system, public accounting, etc..

In his capacity as State Secretary he designed a new strategy of Public finance and a financial policy in Slovenia.

During Andrej Šircelj’s term of office, the Republic of Slovenia successfully introduced a tax reform, which was prepared by a group of experts and was led by Mr. Šircelj.

As the head of experts, he contributed significantly in designing a legal and economic framework for the gambling industry and financial system in Slovenia.

He has several experiences in dealing with representatives of employers and trade unions. In the year 2006 and 2007 he was deputy of the head of the group, which negotiated a social agreement between the Government of the Republic of Slovenia and social partners. He played an important role in achieving an agreement with the Slovenian student organisation about the social position of young people.

He gained international experience in negotiations as a head negotiator for Slovenia with an American corporation for entertainment and gambling and as head of negotiators for entering foreign partners into the Slovenian railways network and banks (state owned).

On behalf of European Union, he chaired negotiations between EU and Hong Kong’s government on Savings Directive.

Mr. Šircelj was a member of the Supervisory board of the company Peko and Agency of Agriculture.

From May 2008 till May 2009, he was a member of the board of Directors of the European Investment Board as a Director for Slovenia.

Nominated by the International Monetary Fund 2007, he was a member of the IMF mission to Nigeria.

Before he became a state secretary, he was the Director and Founder of the Šircelj Consulting Company and a tax and management consultant. From 1996 to 1997 he was the Director of Tax Consulting Department with Deloitte & Touche. He has been dealing with issues related to tax laws and regulations in Slovenia since 1988, when he was a consultant in Slovenia’s Chamber of Commerce. From 1992 to 1996 Mr. Šircelj headed the Division for Sales tax as a Counsellor to the Government within Slovenia’s Ministry of Finance. He had drafted numerous regulations on sales tax, including the Law on Value Added Tax and the Law on Excise Duties. Additionally, on behalf of the Ministry of Finance, Mr. Šircelj responded to an inquire from local and international companies on interpretation and implementation of regulations on sales taxes and other taxes.

Mr. Šircelj has published several books and articles, commentaries, essays and scientific discussions. Among others he is the author of the publication “Investment and Taxation in Slovenia,” published by the International Bureau of Fiscal Documentation, Amsterdam (1996). He was the correspondent for the International Bureau of Fiscal Documentation for tax issues from Slovenia and he has published articles in other IBFD editions.

As a lecturer, a specialist on taxes, he has been invited to several consultations and symposiums around the world organised by the OECD as well as by the European Commission, Sofreco, Vision in Business, the Chamber of Commerce of Slovenia and many other organisations. He is also a lecturer at the Faculty of Law in Maribor (Master degree course). Mr. Šircelj was also a keynote speaker in many conferences in Slovenia and in Europe; also the speaker to the presentation of Slovenia’s Economy in London (October 2007) organised by International Financial Services – London.