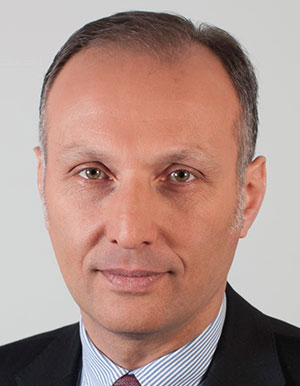 Paata Sheshelidze is an economist, graduated Tbilisi State University in 1992 with Master Degree. Hi is co-founder and board member of Association of Young Economists (April, 1988-1994), co-founder and president of Young Georgian Federalists (1994-1999), member of Club of Youth Scientists of Georgia (1994-2004). President of Georgian of Youth Christian Democratic Association (1993-2003). Co-founder of Forum of Georgian Youth associations (1996). Co-founder of The European Youth Forum (1996) and representative of Forum of Georgian Youth associations in The European Youth Forum (1996-1998). Co-founder of Youth Europe of People s Party (1997). He use to work as leading specialist at Parliament of Georgia (1993-1996, Ministry of Finance (1996-1999), Road Foundation of Georgia (1999-2000). Mr. Sheshelidze is co-founder (Since August, 2001) and president of the New Economic School – Georgia, a Tbilisi, Georgia based free market think-tank and educational center.Editor in chief of Library of Liberty publications (since 2004). Co-founder and director of Institute of Economic Freedom and Library of Liberty (Since October, 2014). He teaches variate economic disciplines at University of Georgia (since September of 2015) and Black Sea International University in Tbilisi, Georgia (Since September of 2016). Mr. Sheshelidze is one of the most demanded and quoted economic expert in Georgian media with almost daily appearance. Since March of 2017 he is founding co-partner of Data Research Group, LTD.