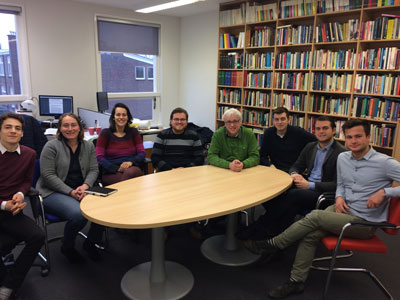 The prof.mr. B.M. TeldersFoundation is a Dutch liberal think tank, affiliated to the Dutch political party VVD. The foundation is named after Benjamin Telders, a lawyer and philosopher, who was chair of the Liberal State Party (a predecessor of the VVD Party) and who, during World War II, was arrested by German (Nazi) occupiers. He died in the Bergen-Belsen concentration camp shortly before the liberation.

END_OF_DOCUMENT_TOKEN_TO_BE_REPLACED
For the TeldersFoundation, the freedom of the individual is the most fundamental point. We therefore consider it essential that a free and democratic society, in which there is no accumulation of power and public power is always democratically controlled and legitimised (via checks and balances), survives. We embrace a classical-liberalism that is vigorously opposed to socialism, religion-based politics and other kinds of communitarianism.
Ernst2017-02-11T11:43:43+00:00