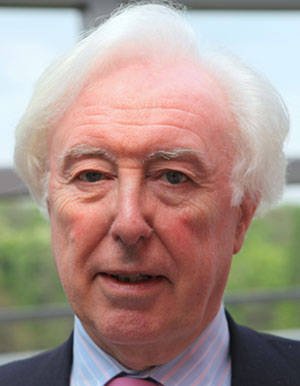 Mr. O’Sullivan is President of the Danube Institute in Budapest. A journalist, author, lecturer and broadcaster, he also serves as the Associate Editor of the Hungarian Review magazine. He is editor at large of National Review magazine, International Editor of Quadrant Magazine in Sydney, Australia, a Fellow of the National Review Institute, and co-founder and director of 21st Century Initiatives in Washington DC. In 1987-88 he served as a Special Adviser to Prime Minister Margaret Thatcher in Downing Street and he assisted in the writing of her memoirs.

He served as editor-in-chief of National Review magazine for almost a decade until 1998. John O’Sullivan is the former Executive Editor of Radio Free Europe and Radio Liberty in Prague and a Vice-President of the RFERL Corporation. His book, “The President, the Pope, and the Prime Minister,” on the roles played by Pope John Paul II, President Reagan and Prime Minister Thatcher in the collapse of communism, has been published in seven languages.Mr. O’Sullivan’s experiences include: senior fellow at the Hudson Institute (2006 to 2009); editor of the National Interest, from 2003 to 2005; editor-in-chief of United Press International from 2001 to 2003.