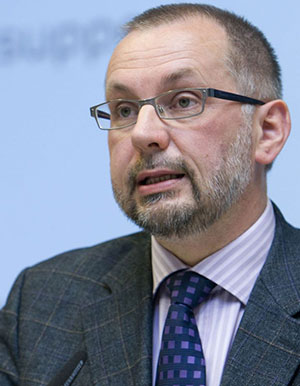 Ladislav Miko is Czech environmental expert and politician. He was the Minister of Environment in the caretaker government of Jan Fischer but later returned to work for the European Commission. In years 2011-2017 he served as the Deputy Director General of Directorate General for Health and Food Safety (DG SANCO) with responsibilities for the food chain, From January 2018 he was appointed as a Head of EU Representation in Slovakia.