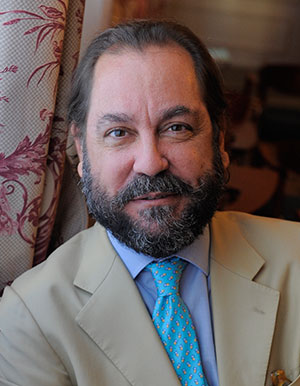 Ramon Perez-Maura is a journalist, deputy director at ABC, the Spanish daily where he has developed his entire professional career. At present he is political analyst and responsable for the newspaper’s opinion pages. He also writes for the weekly supplement “ABC Cultural” and collaborates in the radio programmes “La Linterna” and “Herrera en COPE” at COPE.

He is a member of the scientific committee at Real Instituto Elcano de Estudios Internacionales y Estratégicos and president of the Spanish Commitee for the Paneuropean Union.

He received a scholarship from the Fletcher School of Law and Diplomacy at Tufts University, and holds a journalism degree from Universidad de Navarra.

2013 he received the Trelles Villademoros Award to his historical and cultural work and 2015 the Jaime de Foxá Award to venatory journalism. Since 2001 he holds the Columbian nationality.

He is a widower and father of two children.