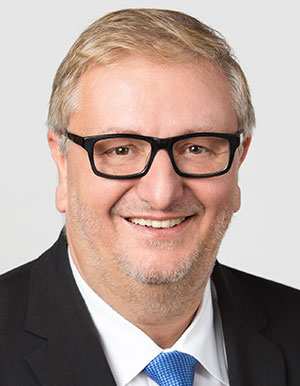 born on 8 June 1959 in Vienna, is member of the Austrian Parliament. Since 2000 Dr. Matznetter is Party Cashier and board member of the Social Democratic Party of Austria (SPÖ). Furthermore, he is chartered accountant and director of Merkur-Treuhand Wirtschaftstreuhand- und Steuerberatungsges.m.b.H since 1985.

From November 2002 to January 2007 he was a member of Parliament and speaker for Financial and Budget Affairs of the Social Democratic Parliamentary Fraction. Since June 2005 he is president of the Social Democratic Association for Enterprises and Entrepreneurs. His service in parliament was interrupted by a brief tenure from 2007 to 2008 as State Secretary in the Federal Ministry of Finance during government of Alfred Gusenbauer as Federal Chancellor of Austria. Christoph Matznetter returned as member and speaker for Economic Affairs of the Social Democratic Parliamentary Fraction in the Austrian Parliament. Since January 2009 he is also vice-president of the Austrian Federal Economic Chamber.