Thirty-two partners from all across Europe and the Caucasus came to Vienna for the Pre 2018 Free Market Road Show Meeting. Think-tankers, university representatives, scholars, and public officials met during December 3rd and 4th under the auspices of the Austrian Economics Center.

The objective? To organize the 11th edition of the Free Market Road Show – which will take place from April 12th until May 18th.

The 2018 tour will be comprised of 35 cities which span from Seville to Kyiv, and from Stockholm to Tirana.

According to Barbara Kolm, the Director of the Free Market Road Show, “there are many innovations and changes coming for our next edition. We’re entering the second decade of the FMRS and we want to do it in top form.”

During the meeting in Vienna, the main topic for the 2018 FMRS was announced:

Which are the Values Europe Needs?

The organizers want to promote an open discussion on values and problems, on economics and governance. Topics like fairness, the environment, equality, freedom, innovation, solidarity or inclusion are far too often quickly dealt with. The Road Show wants to challenge all participants with controversial arguments during its conferences. 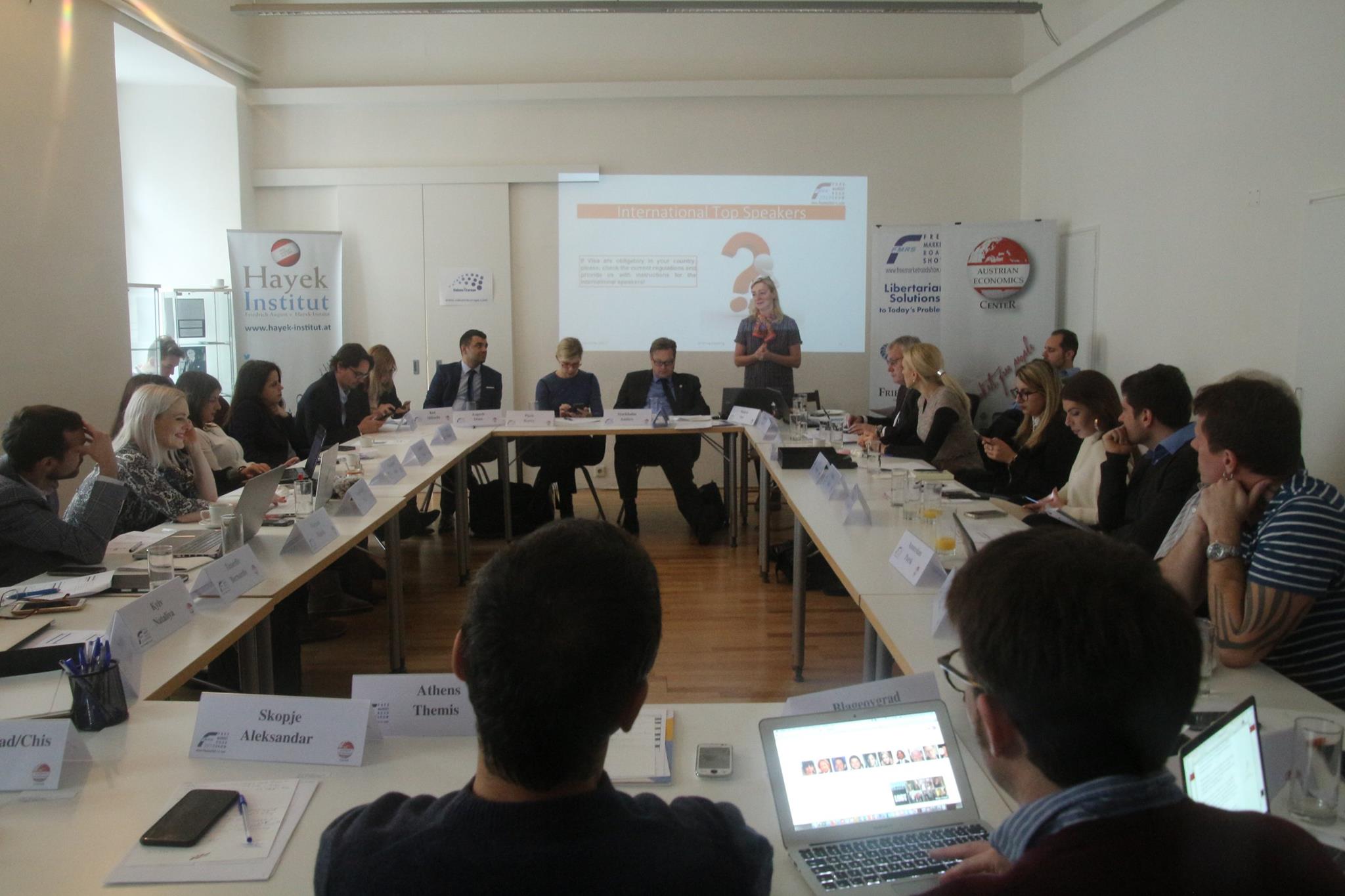 In the coming weeks more information about speakers, cities, and special events will be released. To know everything about the coming edition of the Free Market Road Show follow us on facebook and subscribe to our newsletter.