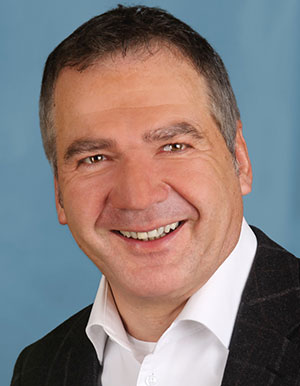 is entrepreneur, politican and vice president of the Austrian Chamber of Commerce. He is member of several advisary and executive boards. Since 1980 he is managing the hotel business of his family in Bad Kleinkirchheim where he also serves as a mayor since 1997. During his career Krenn served in several political functions (e.g. member of the Austrian Federal Council, of the regional Parliament of Carinthia), multiple functions at the Chamber of Commerce and also served as president and member of the board for e.g. Bergbahnen Bad Kleinkirchheim GmbH and airport Klagenfurt. Since 2014 Krenn is the chairman of the RfW Austria (association of libertarian entrepreneurs).