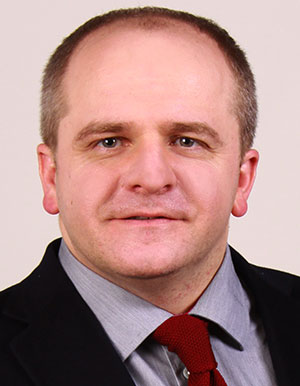 assistant professor in Institute of Political Studies at the Polish Academy of Sciences, political scientist, historian, columnist, expert on eastern policy, co-founder of the Museum of the Warsaw Rising in Warsaw. 2009-2014 – member of the European Parliament, Chairman of UE delegation to EU-Ukraine Parliamentary Commission and of Foreign Affairs Committee. He was a member of National Security Council, 2007-2009 – member of Parliament (Sejm), 2006-2007 – Secretary of State in the Ministry of Foreign Affairs. Author of numerous publications on the transformation processes in Central Europe. He is a member of the editorial board of the bi-monthly “New Eastern Europe” and member of the board of Platform of European Memory and Conscience and the Board of the Jan Nowak-Jeziorański’s College of Eastern Europe (Kolegium Europy Wschodniej) in Wroclaw.

Now he is working on Wojciech Jaruzelski biography and on monograph on the role of the oligarchy in Ukraine.