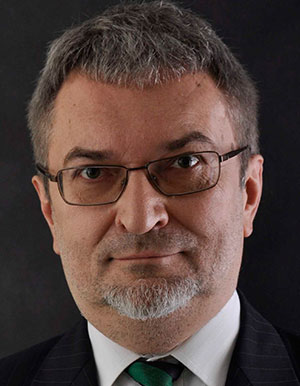 Professor Andrzej Kondratowicz holds habilitation, Ph.D. and M.A. degrees in Economics from Warsaw University and an M.A. degree from the State University of New York at Stony Brook. He is a full time professor at the SWPS University of Social Sciences and Humanities and a part time lecturer at the University of Warsaw, a member of the Forecasting Committee of the Polish Academy of Sciences and the Boards of the Association of Polish Economists and the Adam Smith Research Centre in Warsaw. He is also a Polish representative to the world Economic Freedom Network led by the Canadian Fraser Institute. In the past he served as a Deputy Vice-Chancellor of the OLYMPUS University in Warsaw (1995-2007), was a visiting professor at the Sussex University in England (1991), and was a holder of several foreign stipends, including those by the NATO, IREX and Kosciuszko Foundation (US), Körber and Bosch Foundations (Germany) and the British Council. He is an alumnus of the Salzburg Seminar in American Studies and the first Scholar-in-Residence thereof. His recent research concentrates on the theory and measurement of economic freedom, selected aspects of institutional economics and public sector – including good governance, He has paid academic visits to over 50 countries, including places as diverse as Lexington, KY and Yangon in Myanmar. He is married and has two adult children. Enjoys downhill skiing, playing bridge, tennis, swimming and wine tasting. Collects vinyl records and CDs – jazz, rock, world and classical music.