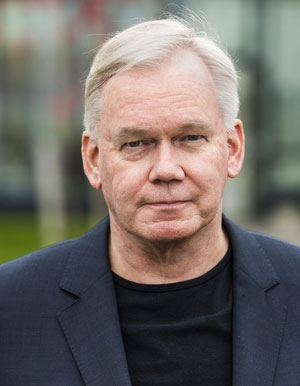 is a professor of political science at the University of Iceland and a frequent commentator on current affairs in the Icelandic media. He is best known as a controversial spokesman for free market policies and for classical liberalism.
In 1979, Hannes and his friends founded the Libertarian Association in Iceland, which operated for ten years. It organized visits by the three Nobel Laureates Friedrich Hayek, James M. Buchanan and Milton Friedman in the early 1980s. Those visits had considerable impact on the exchange of ideas within Iceland. The Libertarian Association also published, in 1980–88, a magazine called Frelsið.