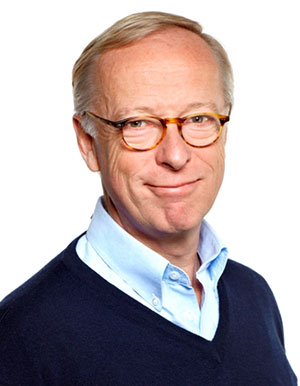 Gunnar Hökmark is a Member of the European Parliament since 2004. In January 2007 he was elected Vice-Chairman of the EPP Group in the European Parliament, a position he held until 2009. He is the leader of the Swedish delegation to the EPP and active in the Committee of Economic and Monetary Affairs and the Committee of Industry, Energy and Research. He served in the Swedish Parliament from 1982 to 2004. In the Parliament he was the spokesman on privacy policy, energy policy and economic affairs, as well as President of the Standing Committee on Constitutional Affairs. From 1991 until 2000 he was Secretary General of the Moderate Party.

1989 he started the so-called Monday movement, a popular movement supporting the independence of the Baltic States that spread all over Sweden, which today is manifested by a monument at the main meeting place in Stockholm, Norrmalmstorg. He is awarded with Estonian, Latvian and Lithuanian orders. In 1993 he took the initiative to establish the Jarl Hjalmarson Foundation with international activities to support the development of democracy and rule of law in former dictatorships, which he chaired till 2000.