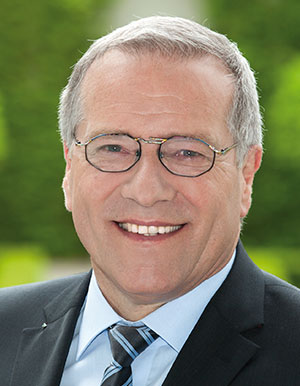 is a member of the Bavarian State Parliament since 2003, chairman of the CSU parliamentary working committee for military policy  and a State Secretary in the Bavarian State Ministry of Finance, Regional Development and Regional Identity since 2013.

Mr. Hintersberger holds a Master degree in political science. He is a member of Christian Social Union in Bavaria for more than four decades.