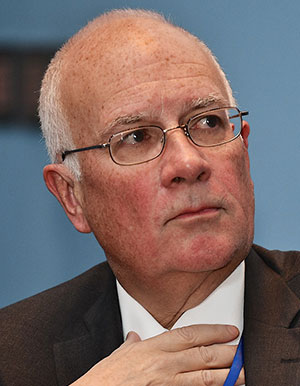 Dr Robin Harris is an English-born author, historian, lecturer, commentator and journalist, who is a Croatian citizen and lives in Zagreb. He is vice-president of the Croatian Centre for Cultural Renewal.

At Oxford University he gained a doctorate in modern history. For most of his professional life, however, he worked in British politics. From 1978, he was a member of the Conservative Party’s Research Department, of which he later became director. During the 1980s, he was a special adviser at the Treasury, and then at the Home Office, and finally a member of Margaret Thatcher’s Downing Street Policy Unit. He left Government with her, and helped her with advice, speeches and several books, including her memoirs – before returning to history and journalism.

He was made a Companion of the Most Excellent Order of the British Empire (CBE), for political and public service in the UK in 1988. He received the Order of the Croatian Morning Star in 2008, and in 2017 the Andrija Buvina Prize for outstanding services to Christian Culture.

His book titles include: Dubrovnik – A History, since translated into Croatian; Talleyrand – Betrayer and Saviour of France; and The Conservatives – A History. In 2013 appeared the biography, Not for Turning – The Life of Margaret Thatcher. The book was a Sunday Times Bestseller. In 2016, he published Stepinac – His Life and Times, which is also now in Croatian.