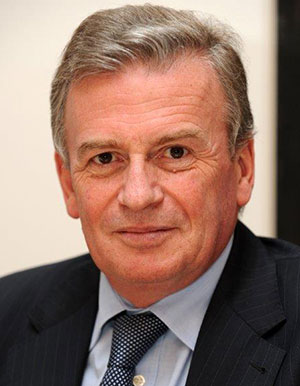 Mag. Walter Grahammer is the ambassador of Austria in France. From January 2011 to August 2017 he was Permanent Representative of Austria to the European Union. Prior to that, he headed the integration and economic policy section of the Foreign Ministry in Vienna. During the Austrian EU Council Presidency in the first half of 2006, Walter Grahammer was already Austria’s Deputy EU Ambassador. In 2003 and 2004 Walter Grahammer worked as Deputy Head of Cabinet in the office of then Foreign Minister Benita Ferrero-Waldner.