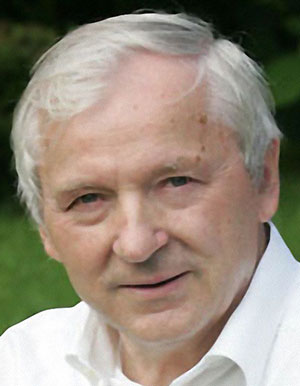 born (10 September 1940) and educated in Poland (M.Sc in physics and PhD in economics, both from University of Warsaw), he was a member of the Economics Department at the London School of Economics since 1970 until 2005.  During this period he also held senior professorial and research fellowship appointments at a number of academic institutions, including Columbia, Harvard, Pennsylvania and Stanford Universities in the USA, the Netherlands Institute for Advanced Studies in Social Sciences and Humanities in Wassenaar, the Central European University in Budapest and the College of Europe in Warsaw. In June 2013 elected a corresponding member of the Polish Academy of Sciences. Most of his research and teaching has been in the areas of economic growth, macroeconomics, the economics of transition and comparative economic systems.

In the 1980s, Stanislaw Gomulka served also as a consultant to the International Monetary Fund (IMF), the OECD and the European Commission. In 1989 he became adviser to the Polish Government, and was a member of the team which designed Poland’s reform plans and policies during the crucial phase of transformation. In 1989- 1995 and 1998-2002 he served as a senior adviser to Poland’s Finance Ministers, and during 1995-98 he was senior adviser to the Governor of the National Bank of Poland.  In the years 1989-95, he was Poland’s official negotiator with the IMF on all macroeconomic programmes and, in the years 1990-1992, with the Paris and London Clubs on Poland’s debt reduction.  In late 1991 he was also advising Yegor Gajdar and his team on reforms for Russia.

In the period January-April 2008 he served in Donald Tusk’s government as deputy finance minister, and since July 2008 has been the Chief Economist of the BCC, an organization of enterprises and businessmen in Poland.