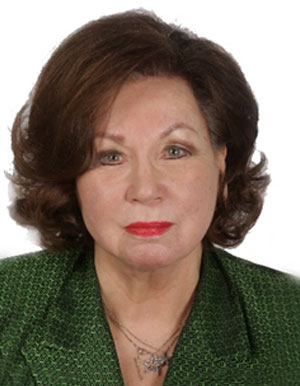 Annette Godart-van der Kroon is President of the Ludwig von Mises Institute – Europe. Under her guidance, the Institute has organized a multitude of successful conferences and dinner debates since its establishment in 2002. LVMI – Europe has a Board of Directors composed of prominent economists, politicians and thinkers originating from Europe and beyond. From 1993 to 2001 she served as Conference Director of the Von Mises Institute in Ghent, during which time she organised six conferences.

She also possesses long-term experience as a civil affairs lawyer at the Courts of Roermond and Utrecht in the Netherlands. Between 1988 and 1992 she was a Member of the Board of Advisors of the Vereniging Zelfstandige Ondernemers (VZO). In 1996 she became a member of the Mont Pélerin Society, an influential society composed of Nobel Prize winning economists and other leading scholars. She is an accomplished writer, having authored several books and a large number of articles. Her first book, titled ‘Het sociaal-economisch denken van F.A. Hayek’ and edited by Acco (Louvain), was published in 1988.

She holds a Master’s degree in Law from the University of Leyden, with a specialisation in Civil Law and Political Science.