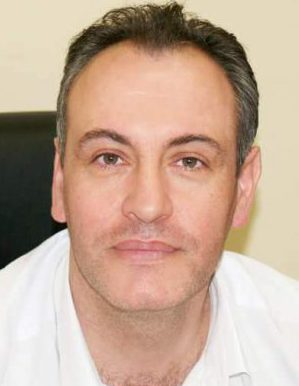 Born in Larissa in 1969 and a graduate of the Department of Chemistry of the University of Thessaloniki, specializing in Quantum Chemistry. He has received postgraduate studies in Marketing and Communication at the Athens University of Economics with specialization in Green Marketing.
He is married with the teacher Maria Polymeridou, and father of two children.
He has worked for the period 1995-2008 as an area manager as well as Marketing Manager in the Karelia Tobacco Industry.
His activities include participation in Mr.Print-inkjet printing companies since 2005, the Education Network – Education and Informatics Laboratory from 2001, and the Smartbox Training Multiple Unit from 2017.
He has been President of Open Mellon SA since 2013, and since 2009 he is Managing Director of Spirito Group Marketing & Communication with Green Marketing, Advertising, Education, Green Development. He is also a partner of the University of Thessaly in issues of extroversion and communication since 2013.
He has also served as chairman of ESYNE Thessaly, Hellenic Association of Young Entrepreneurs of Thessaly, Secretary of the Association of Greek Entrepreneurs of Greece (OESYNE) and Vice President of the Larissa Association of Commerce.