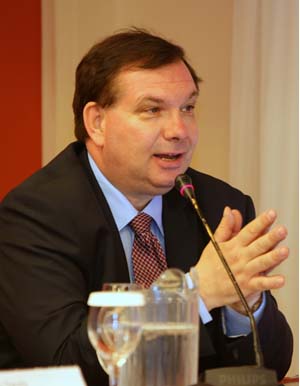 is National Affairs Columnist for and an on-air analyst on the Fox News Channel. He has lived in and reported from Europe and is currently working on a book entitled “The Non-Euro Nations: How Some Countries Dodged a Bullet.”

He previously served as a columnist and editorial board member for The Wall Street Journal. He is the author of several books, including Stealing Elections: How Voter Fraud Threatens Our Democracy (Encounter Books, 2012) and The Dangers of Regulation Through Litigation (ATRA Press, 2008). He worked as a research analyst for the California Legislature in Sacramento before beginning his journalism career as a reporter for the syndicated columnists Rowland Evans and Robert Novak.

Roll Call, the newspaper of Capitol Hill, called him “the Tom Paine of the modern Congressional reform movement.” He has won awards from the Institute for Justice, The School Choice Aliance and the Warren Brooks award for journalistic excellence from the American Legislative Exchange Council.