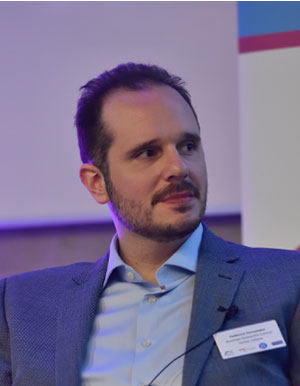 Federico N. Fernández is President of Fundación Internacional Bases (Rosario, Argentina) and a Senior Fellow with the Austrian Economics Center (Vienna, Austria). He is also the president of the Organizing Committee of the International Conference “The Austrian School of Economics in the 21st Century,” which has taken place every two years since 2006 in Rosario (Argentina). He has been actively engaged in work within the Liberty movement for more than a decade.

He is author of scholarly articles, he is member of the Editorial Board of the academic journal “Libertas Segunda Época,” editor of the book “De Viena a Rosario. Ensayos para una sociedad abierta”, and he is the co-editor of the books “La escuela austríaca de economía en el siglo XXI” and “An Austrian in Argentina: Essays in honor of Alberto Benegas Lynch (Jr).”

Fernández writes for the popular press and blogs on the “Free Market Diaries,” “Values4Europe,” and “La Opinión Incómoda.”