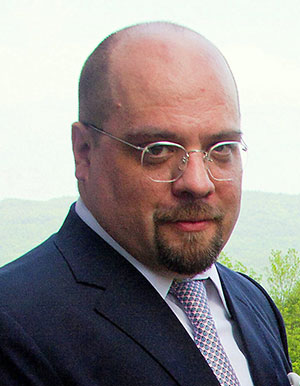 Alvino-Mario Fantini works as an editor and speechwriter for various international organizations in Brussels, Rome, and Vienna. He is also a ‘ghost-writer’ for the free-market PR firm Keybridge Communications in Washington, D.C., and serves as the editor-in-chief of the bi-annual publication,The European Conservative.

He previously worked as Latin America correspondent for Bridge News/Telerate in Bolivia, Chile, and Paraguay; communications officer for the World Bank in Bolivia; editorial consultant at the Far Eastern Economic Review in Hong Kong; and editorial page writer at The European Wall Street Journal in Brussels.

As an undergraduate he studied philosophy at Dartmouth College in the U.S., and later earned graduate degrees in economic development, public policy, and financial journalism from universities in the U.S., Latin America, and Europe. He is currently a doctoral candidate at the University of Leiden in the Netherlands.

He serves on the boards of European Dignity Watch, an NGO in Brussels, and the Center for European Renewal, an educational non-profit in Amsterdam, and is the former Secretary General of the Hayek Institut. He is a member of the Mont Pelerin Society, the Philadelphia Society, and the Institut d’Études Politiques.