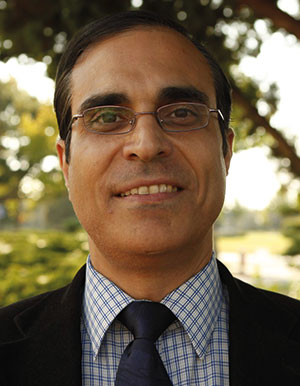 is a world citizen in our small planet in a big unknown universe. He was born in Latin America, from European parents, was educated in Europe and North America, and has worked extensively in Africa, Asia, Europe and the Americas. He is a tireless traveler and has studied, visited and worked in over 130 countries around the world. He combines his experience in economics and engineering to promote a better world with more freedom and more technology.

He studied science at Universidad Simón Bolívar, Venezuela, engineering at the Massachusetts Institute of Technology, Cambridge, economics at Georgetown University, Washington, and management at INSEAD, France. He is chair of the Venezuela Node of The Millennium Project, founding faculty and energy advisor in Singularity University at NASA Research Park in Silicon Valley, California, visiting research fellow at IDE-JETRO, Japan, and adjunct professor at the Moscow Institute of Physics and Technology, Russia, and former director of the World Transhumanist Association and the Extropy Institute in the USA. He has authored a dozen books in four languages, and has also written and has been interviewed in major media (press, radio and TV) including ABC, BBC,CNN, Chosun Ilbo (Korean Daily), El Comercio (Ecuador), El Comercio (Peru), El Tiempo (Colombia), El Universal (Mexico), El Universal (Venezuela), Los Andes (Argentina),O Estado de Sao Paulo (Brazil), Mainichi Shimbun (Japan Daily News), La Tribune (France), The New York Times, Univision and The Washington Times (USA). He has also filmed documentaries with Discovery Channel and the History Channel.