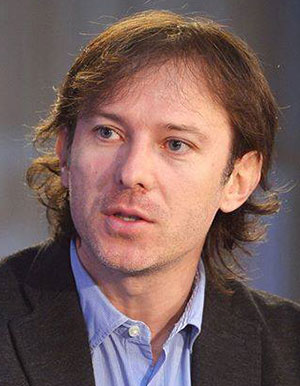 Florin Cîțu is an economist with professional experience in the US, New Zealand, Luxembourg and Romania. At the beginning of the 1990s, he studied Applied Macroeconomics at Grinnell College and Iowa State University, USA.

He began his professional career at the Reserve Bank of New Zealand. Here he specialized in macroeconomic modeling, in particular for developing countries. After that, he joined the European Investment Bank where he could learn firsthand the detrimental effect of the European bureaucracy on economic development.

In 2005, he returned to Romania to become a private consultant and was soon recruited by a Dutch bank to set up the bank’s Economics department. After spending six years with that bank and becoming a member of the Board, he returned to consulting. Among his clients are public institutions, embassies, individuals and companies.

Since December 2016 he is a Senator from the National Liberal Party. Florin Cîțu is known to the public as an economist that upholds economic freedom, free markets and property rights, as well as transparency in public policy. He opposes pro-cyclical monetary and fiscal policies. The solutions that he offers empower individuals and restore their freedom of choice.