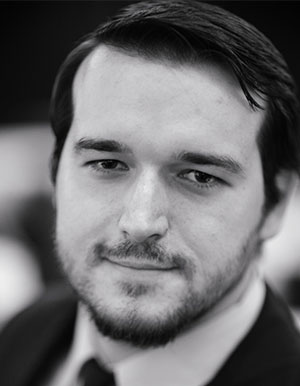 Admir Čavalić is the founder and director of “Multi,” the pioneer and biggest libertarian association in Bosnia and Herzegovina. As a young student of economics, he began reading the works of Milton Friedman, which motivated him to make a documentary called “Economy,” which was the first Bosnian documentary expressing liberal economic solutions. Čavalić gathered respectable university professors from around the country and in 60 minutes presented the liberal economic agenda for the prosperity of the domestic economy.

The movie had several live premieres, with the presence of thousands of viewers and more than 11,000 views on YouTube. Čavalić is the author of numerous projects and has organized dozens of events (with more than 10,000 participants) that promote the ideas of liberty. The most famous events are related to the “Catallaxy” seminars that aim to present the importance of a market economy in every corner of Bosnia and Herzegovina. Other events include the “Night of Ideas” debate competition, Idea Plus entrepreneurial education, European Students for Liberty (ESFL) conference, and the Free Market Road Show in Bosnia. He works at the Faculty of Economics, University of Tuzla, as an assistant lecturer on the subjects of management and entrepreneurship. Čavalić has a master’s degree in economics and is currently entering a Ph.D. program. He has written numerous scientific papers on the topics of economic freedoms, social responsibility, creative industries, marketing and communications, and the like. He is the co-author of the book Islam and Free Market and editor of the Bosnian editions of Economics of Freedom and The Essential Hayek. Čavalić is a graduate of Atlas Network’s Think Tank MBA program, a national ESFL coordinator for Bosnia and Herzegovina, Fellow of the British Embassy in Bosnia and Herzegovina, a member of the Swiss Embassy Alumni Network, and an active partner of the Friedrich Naumann Foundation from Germany. He is actively working with political parties, where he gives lectures on the importance of economic liberalism and their political performance. Čavalić also gives worldwide lectures and workshops on the importance of economic freedom, the link between Islam and the free market, event management, and Internet communication. Čavalić appears frequently in the media, most often in the role of economic analyst. Also, he writes economic columns for “Dnevni Avaz” (the most widely read newspaper in Bosnia and Herzegovina), as well as other media, primarily Internet portals.