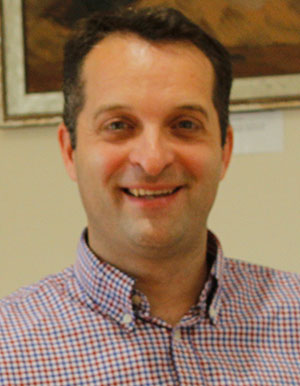 Director of the Institute of International Monetary Research since January 2016. A Doctor of Economics since 2003 (UAM University at Madrid) and lecturer in Economics at the University of Buckingham since 2012, Juan Castañeda has experience working and researching in monetary policy and central banking. He has worked with the European Parliament’s Committee of Economic and Monetary Affairs and submitted written evidence for a UK Parliament report on the euro. He is an Honorary Senior Visiting Fellow in the faculty of finance (Cass Business School). He has been a visiting researcher at Cass Business School and the Centre of Monetary and Financial Alternatives at Cato, and lecturer at UNED University in Madrid. He has been awarded a Bank of Spain annual scholarship to develop research on monetary history, and has authored and edited academic books and research articles on the economic crises, monetary policy and central banking. He is the review editor of Economic Affairs, and has been a columnist of Expansion and of several online papers and sites. He is the author of a blog specialised on money and central banking: https://theoldladyofthreadneedlestreet.wordpress.com

He has released a new book (co-edited with Geoffrey Wood and David Mayes), ‘European Banking Union. Prospects and Challenges with Routledge (2016); and co-authored (with Geoffrey Wood and Forrest Capie) a chapter, ‘Central Bank Independence in Small Open Economies’, in Bordo, M. , Eitrheim, O. , Flandreau, M. and Qvistag, J. (eds.) (2016): Central Banks at a Crossroads. What can we learn from History? Cambridge University Press.