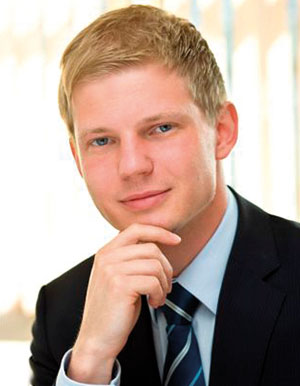 is a Managing Director at EC-1 Lodz City of Culture. EC-1 Lodz is a cultural institution established by the City of Lodz and the Ministry of Culture and National Heritage. Located in revitalized XIX century power plant the institution is responsible for organizing and opening three cultural centres: the National Centre for Film Arts, the Centre for Science and the Technique and the Centre for Comics Art and Interactive Narration. This endeavour is worth 100 million EURO and is one of the biggest cultural projects currently realized in Poland. Revitalization of EC-1 is a part of the New Center of Lodz Program. Before that for more than three years Blazej was the Director of the New Center of Lodz Authority where he was responsible for coordination, implementation and development of the largest urban development program in Central Europe – the New Center of Lodz. Blazej is a PhD candidate in Economics at the Warsaw School of Economics and holds MA in International Relations and Political Studies from the University of Lodz. He was featured as a European Young Leader in 2014. Blazej is a member of the Board of Directors at Civil Development Forum – the largest libertarian think-tank based in. He is also a member of the Mont Pelerin Society and Society of Polish Economists.