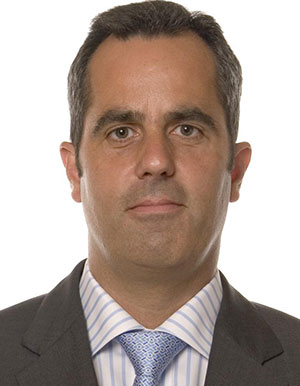 Born in Las Palmas de GC in 1964. Degree in Law from the University of La Laguna. Master in International Trade Direction at the Bravo Murillo Foundation. In 1991 he joined the electoral lists of the Popular Party for the Cabildo of Gran Canaria, forming part of the Insular Government uninterrupted until 2007. He directed the Insular Council of Water of Gran Canaria as Adviser of Hydraulic Resources during the first mandate, was in charge of negotiating The transfer of competences in matters of water, with the Government of the Canary Islands. During the second term, he was Counselor of Presidency and Human Resources of the Corporation, and later Counselor of Public Works.