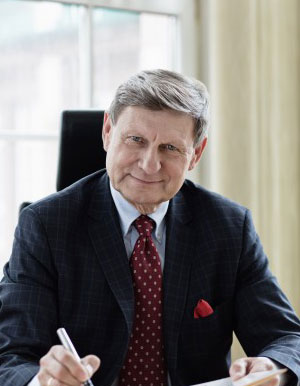 Leszek Balcerowicz, born in 1947, economist, professor at the Warsaw School of Economics, MBA graduate of St. John`s University in New York, author of the economic reforms in the post-communist Poland after 1989, Deputy Prime Minister and Minister of Finance in the first non-communist government of Poland after the World War II, President of the National Bank of Poland (2001-2007), laureate of over 20 honorary doctorates from universities all around the world; author of more than 100 publications on economic topics issued in Poland and abroad, laureate of many prestigious Polish and international prizes and distinctions.

In 2005 Leszek Balcerowicz was awarded the Order of the White Eagle – Poland’s highest distinction for his contribution in the economic and political transformation in Poland. In 2007 Leszek Balcerowicz founded The Civil Development Forum Foundation – FOR, think tank based in Warsaw. Since then he has been serving as the Board Chairman.
Ernst2017-11-24T19:40:18+00:00